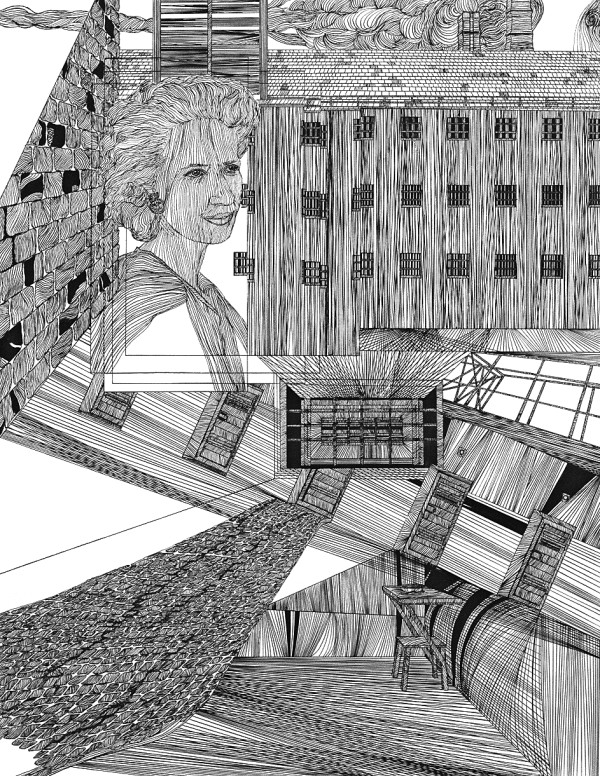 French Member of the Resistance

She was a very important Co-operator in the French „Résistance“ during the Nazi-period. Geneviève de Gaulle-Anthonioz (1920 – 2002), niece of General Charles de Gaulle, studied history in Paris, joined the resistance just after the occupation of France in June 1940. She expanded the present information networks, in particular the group “Défense la France”.

In 1943 she was imprisoned by the Gestapo in Fresnes/France and was displaced to the women’s concentration camp of Ravensbrück/Germany in 1944 by the Transport of the 27000. For her the horrible camp life even became worse being placed in isolation in the camp bunker following a decision by Himmler to keep her alive and use her as a possible exchange prisoner.

Unexpectedly she was released in February 1945. The following year she married Bernard Anthonioz, a fellow resistance member with whom she had four children. She became member and president of many social and political movements, especially of the «Association des déportées et internées de la résistance», worked with the cabinet of André Malraux and was the first woman to receive the „Grand Croix de la Légion d‘Honneur“ beside many other awards. Her uncle’s decisions also were influenced by her.

The drawing is based on her book "La Traversée de la Nuit" speaking of her life in the concentration camp, it was published in 1998.